In 1960, American scientist Theodore Harold Maiman successfully developed the world's first practical ruby laser, which opened the door to the benefits of lasers for human beings. In the next 60 years, the application fields of laser technology were gradually expanded, and important results were achieved in the application of welding, cleaning, cutting, marking, and other fields. 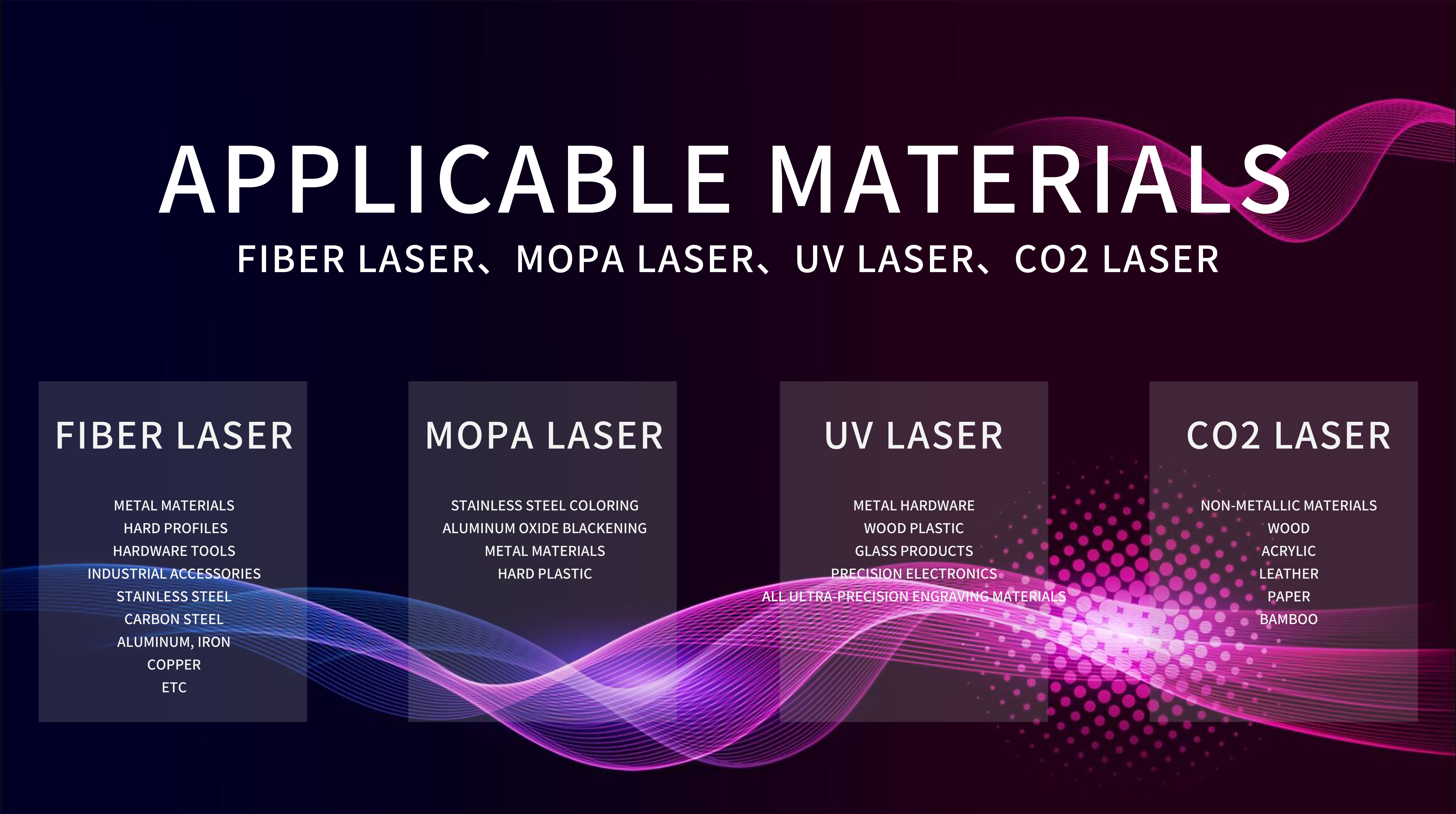 The concept of laser cleaning originated earlier overseas, and it can remove everything from thick rust layers to fine particles on the surface of objects. Since the 21st century, China has invested a lot of human and material resources to strengthen the research on laser cleaning technology. With the development of advanced laser technology, lasers have achieved leap-forward development in energy output, wavelength range, laser quality, and energy conversion efficiency.

The development of lasers also promotes the rapid growth of China’s laser cleaning technology. Laser cleaning technology has also become an indispensable cleaning part in high-end manufacturing fields such as ships, aerospace, and so on, including the removal of rubber dirt on the surface of tire molds, and the surface of gold film. Removal of contaminants and high-precision cleaning in the microelectronics industry.

After numerous experiments and verification by the UW laser process research and development team, MOPA lasers and hybrid lasers are the most widely used lasers in the laser cleaning market, followed by a small proportion of carbon dioxide lasers, ultraviolet lasers, and continuous lasers.

The resonator of a MOPA fiber laser system is itself a fiber, which is generally chosen for its appropriate wavelength. The low-power laser LD (laser Diode) can modulate the output parameters directly by the driving current. Then the signal light generated by the LD has coupled into the PA (Power Amplifier) power amplification system through the pigtail for signal light amplification.

The MOPA laser is one of the most widely used for laser cleaning. Since the MOPA fiber laser system can be amplified strictly in accordance with the seed signal source coupled into the system, it will not change the relevant characteristics of the laser, such as central wavelength, pulse waveform, and pulse width. Therefore, the parameter adjustment dimension is higher, the range is wider, the adaptability is stronger for different application scenarios of different materials, and the process interval is larger to meet the surface cleaning of various materials.

In addition, the MOPA laser has a high laser energy margin, which can be upgraded by improving the laser cleaning device, such as increasing the laser processing spot and cooperating with an intelligent system. Due to its excellent performance and flexible scene applicability, MOPA lasers are widely used in emerging industries such as new energy batteries.

The Best Choice for Paint Removal

Composite laser cleaning uses the continuous semiconductor laser as heat conduction output so that the attachment to be cleaned absorbs energy to generate gasification and plasma cloud and forms thermal expansion pressure between the metal material and the attachment, reducing the binding force between the two layers. When the laser outputs a high-energy pulsed laser beam, the vibration shock wave generated makes the attachments with a weak binding force directly detach from the metal surface, thereby realizing rapid laser cleaning.

Composite laser cleaning combines continuous laser and pulsed laser functionally at the same time to form the processing characteristics of 1+1>2. Fast speed, high efficiency, and more uniform cleaning quality. For different materials, lasers with different wavelengths can be used to clean at the same time to achieve the purpose of removing stains.

The carbon dioxide laser is a gas laser with CO2 gas as the working substance, which is filled with CO2 gas and other auxiliary gases (helium and nitrogen and a small amount of hydrogen or xenon) and has good directionality monochromaticity, frequency, and stability. Since discharge tubes are usually made of glass or quartz materials, two common types of CO2 lasers include glass tube CO2 lasers and metal RF tube CO2 lasers.

Based on its unique wavelength, CO2 lasers are the best choice for surface cleaning non-metallic materials such as glue removal, coating removal, and ink removal. For example, using CO2 lasers to remove the composite paint layer on the surface of aluminum alloy will neither damage the surface of the anodized film nor reduce its thickness. UW Laser has a wealth of laser cleaning solutions in PCB ink cleaning,  glue cleaning of battery pole piece rollers, and soft pack tab sealing, which can provide customized needs for customers. 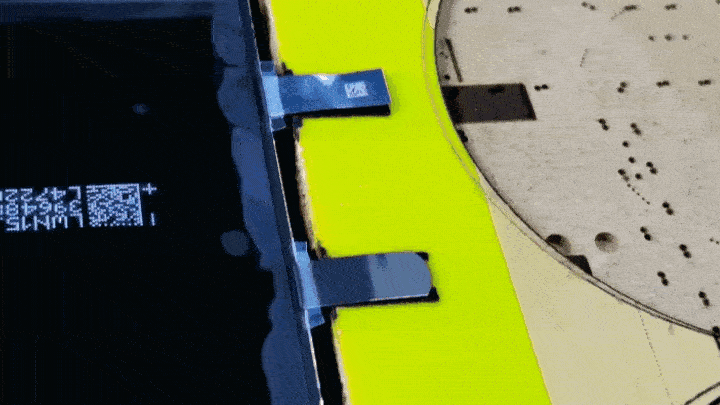 Ultraviolet lasers used for laser micromachining mainly include excimer lasers and all-solid-state lasers. Ultraviolet laser has short wavelength and high single-photon energy, which can directly break the chemical bonds connecting materials. The material is peeled off the surface in the form of gas or particles. The heat-affected zone generated during processing is small, which has unique advantages in micro-manufacturing, such as Semiconductor materials such as Si and GaN, optical crystals such as quartz and sapphire, and polymer materials such as polyimide (PI) and polycarbonate (PC) can effectively improve the manufacturing quality.

The UV laser is considered the best laser cleaning solution in precision electronics. Its most characteristic fine "cold" processing technology can micro-process and treat the surface without changing the object's physical properties, which can be widely used in communications, optics, etc., military, criminal investigation, medical and other industries and fields. For example, the 5G era has created market demand for FPC processing. The application of UV laser machines makes it possible to perform precise cold processing of materials such as FPCs.

The working principle of the continuous fiber laser is that the pump light emitted by the pump source is coupled into the gain medium through a mirror. Since the gain medium is a rare earth element doped fiber, the pump light is absorbed, and the rare earth ions that absorb the photon energy generate energy. level transition and realize particle number inversion. The inverted particles pass through the resonator, transition from the excited state back to the ground state, release energy, and form a stable laser output. The biggest advantage is that it can continuously emit light.

In actual laser cleaning applications, continuous fiber lasers are rarely used, but there are also a small number of applications, such as some large steel structures, pipes, etc.; Due to the large volume and fast heat dissipation, the requirements for substrate damage are not high, then continuous lasers can be selected.

It is worth mentioning that with the breakthrough and stability of the ring spot technology, the ring fiber laser with the advantages of convenient process adjustment and simple operation has been widely used in the fields of welding and cleaning. This technology is used to remove floating rust, which can greatly improve the cleaning efficiency.

Green intelligent manufacturing is the general trend. With the advancement of technology and the improvement of environmental protection requirements, laser cleaning will join the iteration process of China's manufacturing industry more deeply and comprehensively and become the main cleaning method for cleaner production in the industry. UW Laser adheres to the concept of "win together and intelligently build the future, and has a wealth of laser equipment solutions for welding and cleaning needs of all walks of life!